Take A Guess: How Many Differently Abled Children Made It To School This Year?

We dedicate about 14 years of our lives at school – 9 months of every year and at least 6 hours of each day! The influence of the time spent at school greatly defines us as individuals. Our mind is a heap of impressions. We gather everything that we come in touch with, be it in sleep or in wakefulness. Our thoughts are a product of the experiences that we have had; a synopsis of the data and information that we have gathered. Even what we refer to as an epiphany or a Eureka moment, is just another permutation and combination. Quite evidently, our milieu plays an inextricable role in our lives. 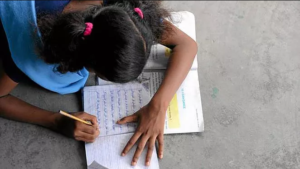 So, if the very foundation of a school were based on acceptance, equality and inclusion, wouldn’t we be more likely to internalize these qualities? If we were introduced to and raised in an inclusive environment from an early age, wouldn’t equality be more likely a part of our very DNA? That is part of the reasoning behind the Right to Education Act (RTE) in India, which makes education free and compulsory for ALL children up to the age of 14 years.

The Act makes special mention of children with disabilities/challenges, mandating free education for them from the ages 6 to 18 years in what we know as ‘mainstream’ schools. While the primary rationale behind this move is to ensure that children with challenges can have access to educational facilities at their convenience, an equally important consequence of the legislation is the encouragement of an inclusive environment in school and consequentially in society.

Implementation of the RTE Act began on 1st April 2010, and since then 230 million children have been enrolled in schools under it. While this is clearly a large number, the reality is dismal with regard to children with challenges. According to an (2012) Oxfam India study, almost no records are kept of the enrolment of children with challenges under the RTE, either by the concerned school or the Department of Public Instruction, making it impossible to know how many of them have actually been enrolled at school. The predicament of children with challenges is further exacerbated as all disadvantaged children are pooled together under one category by the RTE. This results in the majority of seats being occupied by scheduled castes, scheduled tribes and other backward classes. A study conducted in 2013 by National Council for Educational Research and Training (NCERT) did not find even a single visually impaired child among the 84 sample schools surveyed.

The infrastructure at most schools across the country is physically inaccessible for children with challenges – there are no ramps, disabled-friendly toilets, wide doorways etc. Teachers are not appropriately sensitised or trained, and there is a severe lack of specialised educational material. The NCERT study found that special educational material for children with challenges was non-existent in sample schools. Some cases have been documented where authorities have not sent this education material when requested by schools, indicating deep-rooted lethargy and apathy at multiple levels of the system.

The inclusion of children with challenges also has significant value in encouraging an inclusive milieu at school. Such a milieu would allow children to truly experience and internalize inclusion as an existential reality, instead of it being taught as a moral idea. It would encourage children to interact with peers coming from a variety of backgrounds and experiences. As a natural corollary, the ‘abled’ are likely to develop a more inclusive consciousness.

Inclusion benefits everybody. Every person stands to gain from supporting inclusion in schools. An inclusive environment is fundamental to the creation of a level playing field of opportunities that would allow every child to reach their fullest potential. It is not the responsibility of children with challenges and their caregivers to fight for this alone. Every student is directly involved and affected by this and must mobilise to ensure genuine inclusion – have conversations with your friends, take it up with school authorities, start a petition, write a blog! However, most importantly question your own beliefs and to quote a bespectacled wise man – be the change you want to see

About the authors: Nandika volunteers at the Amrit Foundation of India. Having graduated with a Masters of Science in Human Rights from the London School of Economics, she is currently working in the fields of gender and disability rights.

Ujjwal volunteers at the Amrit Foundation of India. Having graduated with a Bachelors of Science in Management from the University of Warwick, he is currently interested in the study of marginalized groups particularly the inclusion of sexual minorities.